When it comes to recreating the fun and excitement of the most popular band in music history, The WannaBeatles more than live up to their name.

As befits their Grammy finalist status, they are the only tribute act to have written songs for fellow nominees Paul McCartney and Betty White. The videos for “We Wanna Meet Paul” and “Oh Betty! (The Betty White Song) have brought smiles to fans and concert goers alike.

Entertaining at Nashville hot spots proved to be a springboard for higher profile shows which included appearances with such renowned artists as Wynonna Judd, Phil Keaggy, and Jonny Lang. Their performances at The Tennessee Performing Arts Center, The Music City Bowl, and Georgia’s New Year[‘s Eve Peach Drop earned them enthusiastic reviews and standing ovations. They quickly learned that by being themselves they could have more fun on stage and engage their audiences in a whole new way.

The WannaBeatles like to say that they go “where no Beatles band has gone before.” Their travels have taken them from Perdido Beach to New York City where they appeared on national television. Their recording, “Fab Fan Memories – The Beatles Bond” was nominated for Best Spoken Word Album.

It wasn’t long before the band’s on stage collaboration included their combined songwriting skills. Soon the City of Virginia Beach commissioned them to compose "In ’63", celebrating the city’s 50th anniversary which led to a full length album of their original songs including such favorites as "Oh Betty! The Betty White Song" and "Bristol Lights". And although The WannaBeatles have not yet realized their dream of meeting Paul McCartney, their video "We Want to Meet Paul" expresses the sentiment of like minded Beatles fans who wish they could shake hands with The Beatle on bass. 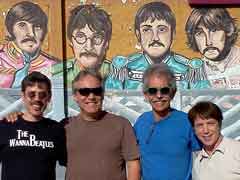 The WannaBeatles have produced ground breaking concerts including a rooftop concert on a downtown Nashville building to celebrate the 40th anniversary of the Beatles final concert together made popular in the film, “Let it Be” with proceeds donated to The National Association of Music Education. Their 50th anniversary concert commemorating The Beatles famed February 9th appearance on the Ed Sullivan show had people lined up at the Omni Hotel. And when Sir Paul visited their hometown of Nashville, the WB’s staged a "Welcome Back Paul Party" across the street from where Paul was playing - including dancers and a big yellow “Love Bus.”

The latest chapter of The WannaBeatles’ journey has taken them from the solo stage to concerts with symphony orchestras. In addition to playing the Beatles songs that feature orchestras, they have expanded that repertore by writting arrangements for additional Beatles songs – much to the delight of audience as well as the musicians on stage.

When it comes to getting the Beatles music right, The WannaBeatles do whatever it takes. They use all their multi-instrumental skills to re-create all eras of The Beatles song catalogue. dennis Scott, the groups leader proud shares how, We literally turn ourselves into pretzels to reproduce songs that The Beatles themselves never performed live.”

The WannaBeatles are also happy to announce s new segment of their show “BOOMER JUKEBOX LIVE” which includes musical medleys featuring number one songs by The Monkees, Neil Diamond, David Cassidy, The Doors, The Association, Simon and Garfunkel, The Who, Three Dog Night, Blood Sweat & Tears, Creedence Clearwater and even The Rolling Stones!

And maybe that’s what makes The WannaBeatles special. It’s a team effort that lovingly allows the audience to share in their journey to go "where no Beatles band has gone before." 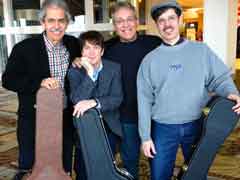 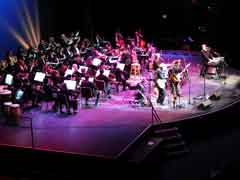 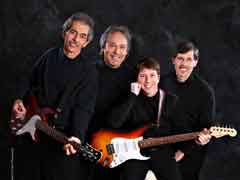 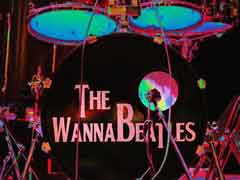